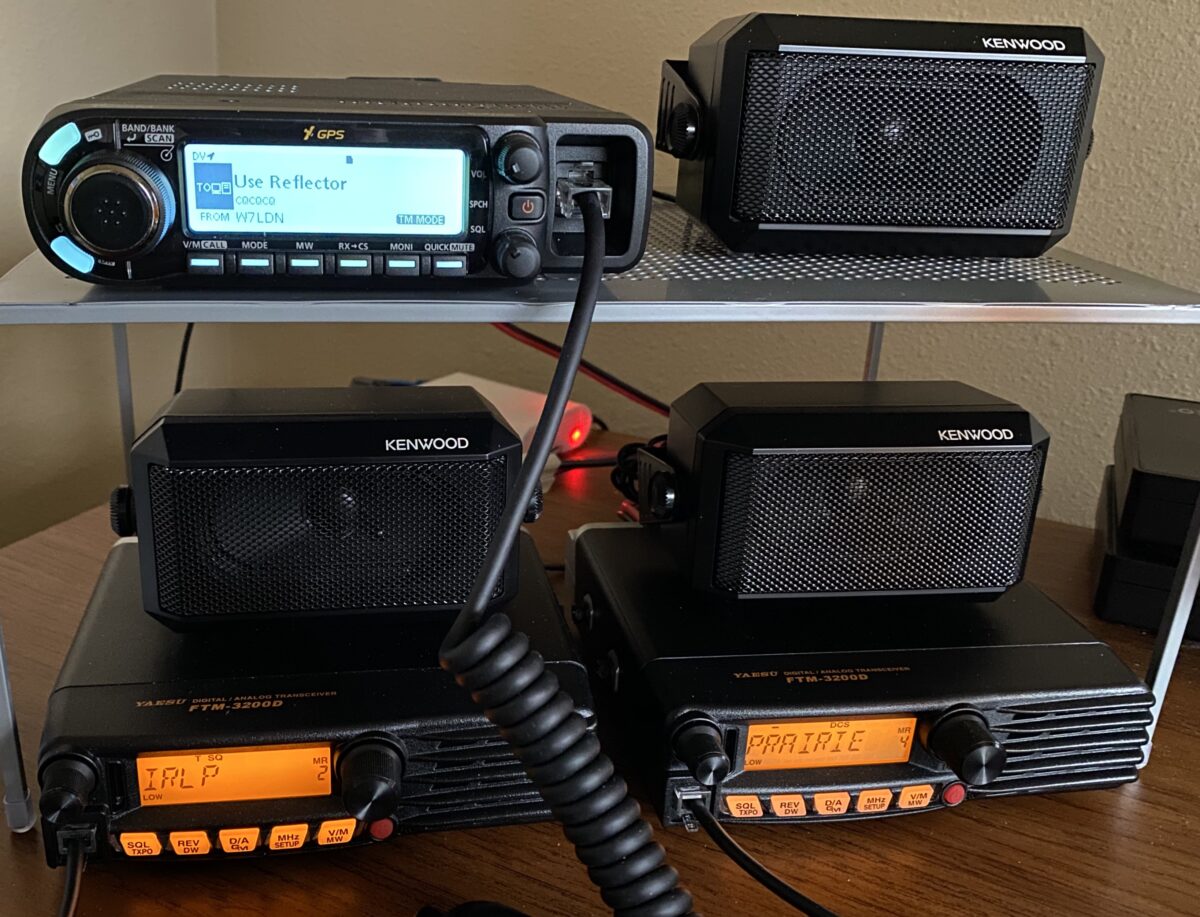 Here are three of the radios on my desk. The top one is for D-Star. The bottom right one is for local repeaters… it’s hooked to an antenna in my attic. The bottom left, as you may notice… says IRLP.

Let me tell you about this. I have been using an Allstar node. It had not only Allstar functionality, but also Echolink and IRLP. Turns out, the IRLP folks took exception to that. Apparently the hamvoip Allstar folks offered the feature in their software to connect to the IRLP network… without the approval of the folks who run the IRLP network. So… very recently, all the users who were using the hamvoip Allstar software to access the IRLP network… had their IRLP security keys revoked because they were using an illegitimate method to connect.

Yes, that’s a big deal. That means… all these folks who paid for an IRLP node… just lost their privileges to use IRLP. I was one of those people. When I realized this, I disabled the IRLP feature of my Allstar node… and hooked my official IRLP hardware back up. Then I contacted the IRLP folks and asked them to reinstate my node.

And they did! Great!